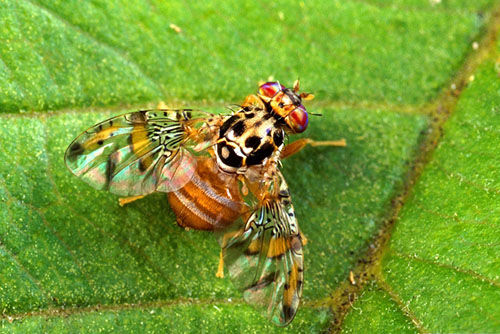 The Thevenard fruit fly quarantine area has been lifted after nine months, following the successful eradication of Mediterranean fruit fly.

Minister for Primary Industries and Regional Development Tim Whetstone said the use of Sterile Insect Technology played an important role in the eradication process.

“Thanks to the co-operation of local residents and businesses and the State Government’s successful eradication program, we have gotten rid of Mediterranean fruit fly on the west coast,” said Minister Whetstone.

The Thevenard eradication program included the removal of wild flies through a combination of baiting, sterile insect releases and the collection of 1460 kilograms of host fruit and vegetables from the outbreak area.

“South Australia’s borders are under constant pressure from interstate areas which are endemic with fruit fly and that’s why we need to continue to remind people not to bring fruit and vegetables into the state,” said Minister Whetstone.

“The Marshall Liberal Government has ramped up protection of its borders with a zero tolerance policy approach at the Yamba Quarantine Station and at all random roadblocks held across the state.”

Local Member for Flinders Peter Treloar said community support was vital to the success of the eradication program.

“I would like to thank the West Coast community for its cooperation. The support shown by local residents and businesses has allowed the quarantine program to be successful, effectively eradicating fruit fly,” said Mr Treloar.

“Such vigilance is paramount in the fight to ensure the State remains fruit fly free.”

Acknowledgement: Reproduced from a media release supplied by Primary Industries and Regions SA.